Club F.O.D, a local charity from Reading has been nominated for the Community Organisation (LGBT) award category at The National Diversity Awards 2021.

The Breathtaking Liverpool Anglican Cathedral will play host to this year’s awards, to be held on 4th February 2022. Britain’s most inspirational and selfless people will come together to honour the rich tapestry of our nation, recognising individuals and groups from grass roots communities.

Club F.O.D was born in May 2019 and was launched at The Blagrave Arms in Reading. It was initially formed to provide a regular and accessible dedicated safe space for the LGBT+ Community as many towns and cities across the UK do not have dedicated bars or clubs for the LGBT+ community to meet and socialise and unlike geographical isolation, social isolation experienced by LGBT+ members of  society is much less obvious and more difficult to escape. 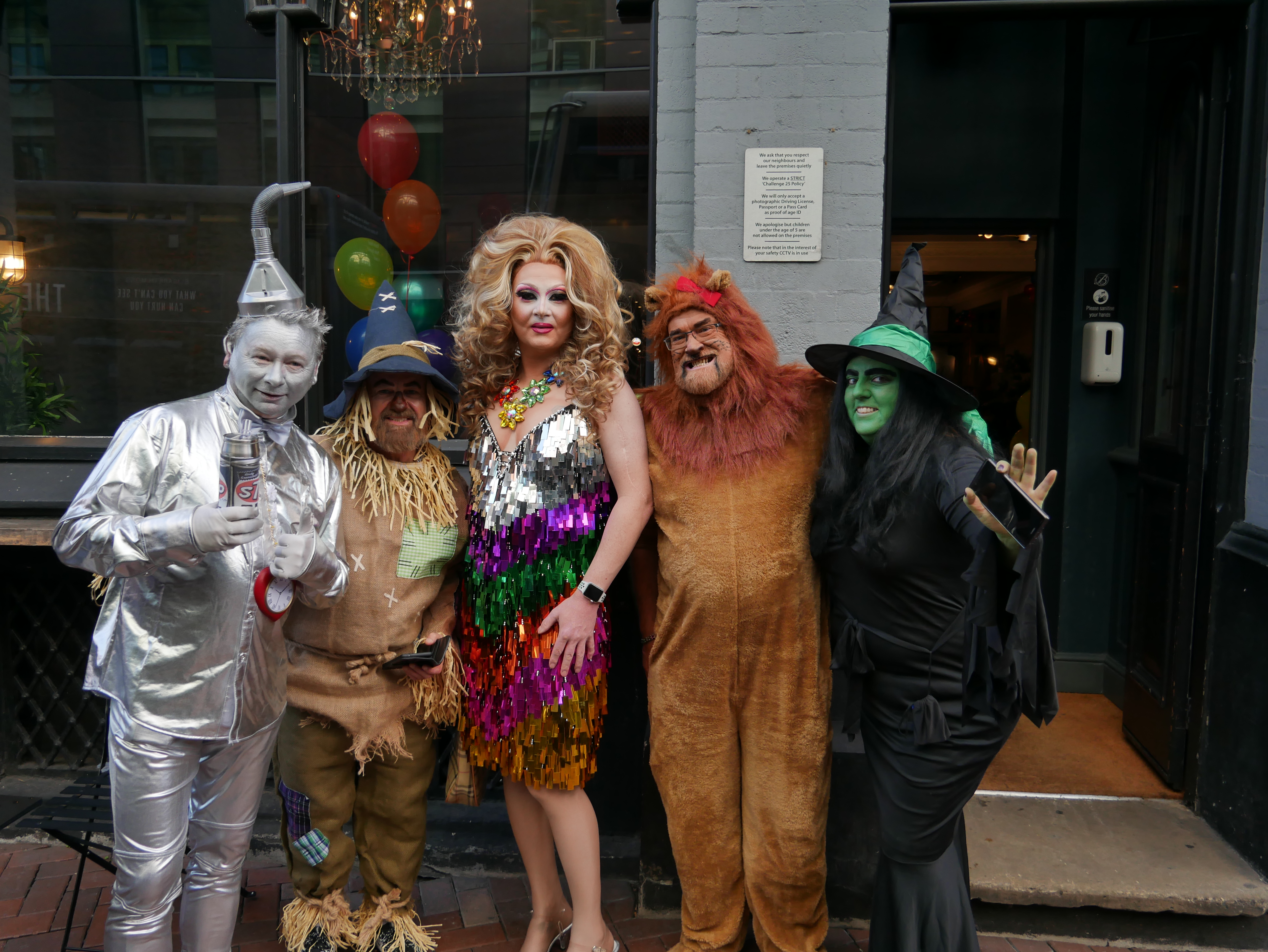 Founded by LGBT+ campaigner and former Drag Queen (Sue Panover), Jamie Wake, Club F.O.D has evolved from a regular dedicated night for the local LGBT+ community to become a registered charity that focuses on social isolation and fundraising for the local LGBT+ community through its Fund of Diversity. When registering with the charities commission it was remarked on how unique the service was as many organisations are established to put on Pride Festivals, deliver Support Services and training but not many had historically focused on the ‘glue’ that holds it all together: community. LGBT+ people are not just a community on the day of pride or when they need support: they are part of a community within a wider community every day.

In response to the nomination, Jamie Wake says "We're really humbled to have been recognised for what we do. We're all volunteers and we really enjoy what we do. No one in Club F.O.D does what they do for fame, recognition, or a salary: we do it because it’s simply the right thing to do."

The COVID-19 pandemic resulted in venues closing and as lockdown was entered, organisers did not want a lockdown to leave people locked out. The organisation quickly adapted and met the challenge by producing live streams on social media to ensure that when “…even at home, you’re never alone…” Regular shows were broadcast including SaturGAY, Wake’s World, The Weekly Woof and Sofa Talks (produced by a local LGBT+ charity SupportU with support from Club F.O.D). This resulted in creating F.O.D TV and Radio F.O.D: a dedicated LGBT+ radio station.

Against the backdrop of a pandemic, Club F.O.D has continued to adapt what we do to meet the changing needs of the LGBT+ Community. Whilst Club F.O.D aims to prevent Social Isolation within the LGBT+ community, we have realised that there needs to be a service that aims to reduce Social Isolation where it already exists. 2021 will see the launch of a dedicated Befriending Service for LGBT+ people (Tea-friending - A weekly/fortnightly visit when permitted and E-friending – a weekly/fortnightly phone call). The service is for:

From what began as a monthly night named after the historic phrase, Friend of Dorothy, Club F.O.D has grown – and continue to grow – to meet the needs of the local LGBT+ community. Jamie says "Boris may talk about a roadmap out of lockdown but here at Club F.O.D, we are committed to following a road out of social isolation – and it’s a road paved with yellow bricks." Our slogan has been that in Reading, there really is no place like home and it has been ironic that for the last year, that is exactly where we have all been.

ITV News will be working in association with The National Diversity Awards to highlight role models and community organisations on regional and national news channels.

Rachel Corp, Acting Editor, ITV News said; “We are pleased that ITV News will once again be supporting the National Diversity Awards. ITV News remains committed to telling the stories of those, who through their work and dedication to helping others have made a difference; enhancing equality, diversity and inclusion in our society.”

“Diversity to me means involving everybody without any discrimination; its means having integrated groups in society, it means fairness and total inclusion and that’s what the National Diversity Awards are about. Congratulations to everyone who has been nominated, you’re all doing a fantastic job, rock on!”

The National Diversity Awards receives over 60,000 nominations and votes annually. Founder & CEO Paul Sesay said, “As we enter our 10th awards season, The National Diversity Awards prepare to welcome a host of outstanding role models and charities to our family. We look to those who represent progress, spirit and resilience, and I cannot wait to learn about the wonderful work being carried out this year”.

Nominations are now open and close June 4th 2021 - so don’t miss out on your chance to get involved!

Shortlisted nominees will be announced shortly after this date.